What Are 5 Types of Autism? How Homeopathy Can Help?

If your child is living with autism, it is important for you to understand the various types of autism and the symptoms presented by each.

Each type of autism presents unique challenges that will require different treatments in order to help your child cope.

Can Homeopathy Help In All 5 Types of Autism?

Yes, the Homeopathy treatment process, developed by the legendary Indian Homeopath, Dr.Welling, M.D., based on his over two decades worth of experience of working with autism – giving him unparalleled insight into what works not just one specific type but rather every single client whose lives have been impacted by autism spectrum disorder.

The treatment has shown positive outcomes in multiple studies to help with Autism Spectrum Disorder in kids and young adults. 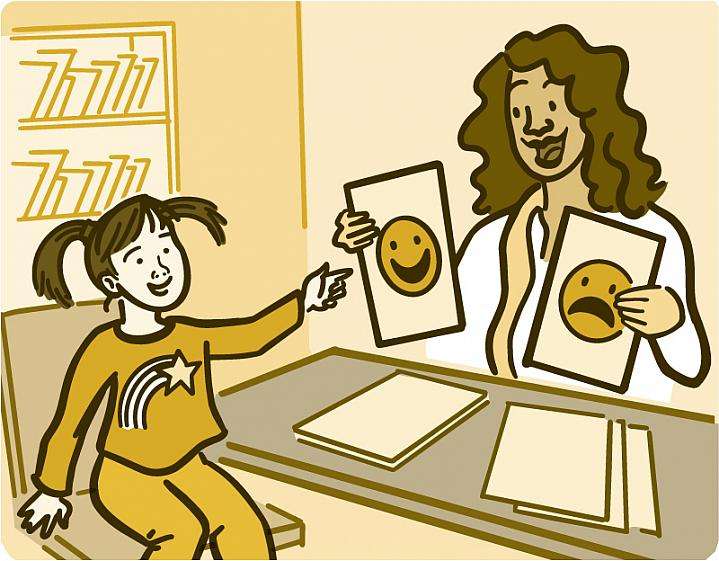 The 5 Types of Autism And Main Symptoms of Autism

As mentioned earlier, there are five major types of autism which include Asperger’s syndrome, Rett syndrome, childhood disintegrative disorder, Kanner’s syndrome, and pervasive developmental disorder – not otherwise specified. They vary in onset, main symptoms of autism and treatment process.

Asperger’s Syndrome is now classified as a level 1 autism spectrum disorder by the DSM-5 diagnostic manual. It may be used informally, however, in communities that use it more often than level 1 spectrum disorder. Asperger’s syndrome is a developmental disorder that typically appears during early childhood and can continue through adolescence and adulthood.

Asperger’s Syndrome is a developmental disorder that is considered to be a part of the autism spectrum. It is often referred to as a “high-functioning” form of autism, as people who have Asperger’s Syndrome are often able to live relatively normal lives. However, they may struggle with social interactions and communication and may have difficulty understanding abstract concepts.

The syndrome itself can have a wide range of symptoms, with each individual person experiencing a unique combination of these symptoms. All individuals struggling with Asperger’s Syndrome share difficulties in social communication and interaction, as well as restricted interests or repetitive behaviours. Other common signs include delayed language development, intellectual disabilities, and sensory sensitivities.

Symptoms of Rett Syndrome usually become apparent between 6 and 18 months of age and can include problems with speech and language, problems with movement and coordination, seizures, and intellectual disabilities. Girls with Rett Syndrome often have a characteristic “fetal-like” appearance, as they lose muscle tone and their growth slows

Rett Syndrome and Asperger’s syndrome both show similar symptoms and effects on their sufferers, which leads many people with autism spectrum disorders to be misdiagnosed or undiagnosed. Both syndromes show similar social and communication problems that can cause misdiagnosis for autism, or vice versa. However, there are several key differences between the two syndromes. For example:

Individuals with Asperger Syndrome typically have no issue with intelligence and often develop language skills at a “typical” pace (although they may struggle socially). They also do not have the same muscle/coordination issues that are characteristic of Rett Syndrome.

Childhood Disintegrative Disorder (CDD), also known as Heller’s Syndrome, is a rare neurodevelopmental disorder that affects approximately 1 in every 100,000 children. It is characterized by a gradual deterioration of skills and abilities beginning before the age of 10, which leads to loss of intellectual and social abilities.

1. Autistic Disorder (AD) and CDD: Children with AD and children with CDD both lose social and communication skills, but the loss of previously mastered skills occurs earlier in the course of AD than CDD

Children with Kanner’s Syndrome usually have normal intelligence and language development, but they have significant problems with social interaction. They may avoid eye contact, have difficulty understanding other people’s feelings or emotions, and be unable to create or maintain friendships.

Children with Kanner’s Syndrome also have difficulty with communication. They may not understand idiomatic expressions or jokes and may have trouble expressing their own thoughts and feelings. They may also repeat words or phrases that they hear others say.

Many children with Kanner’s Syndrome have problems with imaginative play. They may have difficulty taking part in make-believe activities, instead preferring to focus on one particular toy or object for a long period of time.

Many children with Kanner’s Syndrome also show repetitive behaviours such as hand-flapping and rocking back and forth.

Pervasive Developmental Disorder – Not Otherwise Specified (PDD-NOS) is a diagnosis given to children who have some but not all of the features of autism spectrum disorder.

Children with PDD-NOS may have difficulties with social interaction, communication, and imaginative play. They may also show repetitive behaviors such as hand-flapping and rocking back and forth.

However, children with PDD-NOS typically do not have as severe symptoms as children who are diagnosed with autism spectrum disorder. They may also have better language skills and more developed social skills.

PDD-NOS is a diagnosis that is given when a child’s symptoms do not exactly match the criteria for autism spectrum disorder.

How We Can Help In All 5 Types of Autism?

If you are a parent of a child with autism, it is important to identify the type of autism disorder affecting your child. After identification, consulting with a specialist can help manage the specific type of autism disorder. Children living with autism experience social challenges, and only a well-trained and experienced therapist can help the child.

At Welling Homeopathy, we have developed a speciality homeopathy treatment process for all-around holistic improvement in the symptoms of autism and faster treatment outcomes. Meet our specialist or consult online to discuss the treatment process and to know how our treatment can with any one of the 5 types of Autism.