What Is The Best Treatment For Psoriasis?

Best Homeopathy treatment for psoriasis should be a safe treatment, medicines that have been proven to work in a number of patients and can treat completely, permanently. This was the search we started for when we started 20 years back. We developed a treatment over the last 2 decades that has consistently helped us offer permanent relief and cure for over 10,000 patients from over 108 countries.

Which Is The Best Treatment For Psoriasis in 2022?

Homeopathy has always been the best treatment for psoriasis if you want to cure psoriasis permanently and prevent complications of psoriasis. At Welling Clinic, we have developed Homeopathic formula, to help you recover faster and surely from Psoriasis.

Call +91 8080 850 950 to book an appointment or to consult and order online. Consult our specialists today for a detailed evaluation and to start your customised Homeopathy treatment for Psoriasis. 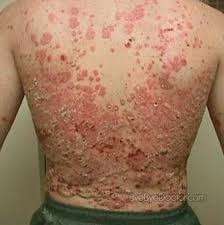 Psoriasis is a noncontagious, chronic skin disease that produces plaques of thickened, scaly skin. The dry flakes of silvery-white skin scales result from the excessively rapid proliferation of skin cells. Psoriasis is fundamentally a defective inflammatory response. The proliferation of skin cells is triggered by inflammatory chemicals produced by specialized white blood cells called T-cells. Psoriasis commonly affects the skin of the elbows, knees, and scalp.

Psoriasis usually appears in early adulthood. For most people, it affects just a few areas. In severe cases, psoriasis can cover large parts of the body. The patches can heal and then come back throughout a person’s life.

What are psoriasis causes and risk factors?

The exact cause remains unknown. A combination of elements, including genetic predisposition and environmental factors, are involved. It is common for psoriasis to be found in members of the same family. Defects in the immune system and the control of inflammation are thought to play major roles. Certain medications like beta-blockers have been linked to psoriasis. Despite research over the past 30 years, the “master switch” that turns on psoriasis is still a mystery.

Other types of psoriasis include:

Psoriasis runs in families: If a parent, grandparent, brother, or sister has psoriasis, you have a higher risk of getting it.

Psoriasis is not contagious. Unlike chickenpox or a cold, you cannot catch psoriasis from someone.

You also CANNOT get psoriasis by:

While we know that psoriasis isn’t contagious, scientists are still trying to determine exactly how psoriasis develops.

Scientists have learned that a person’s immune system and genes play a role in causing psoriasis. Here’s what studies have revealed about each of these.

Immune system: White blood cells, also called T-cells, are part of the body’s immune system. These cells help prevent us from getting sick by attacking things that can harm us, such as bacteria and viruses.

When a person has psoriasis, something goes wrong in the immune system, so T-cells also attack the body’s skin cells. This attack causes the body to make new skin cells more often. The extra skin cells pile up on the surface of the skin, and you see psoriasis.

Once T-cells start to attack skin cells, this usually continues for the rest of a person’s life. There is one exception. Some children who get a type of psoriasis called guttate (guttate) psoriasis never have it again.

Genes: We know that psoriasis runs in families. Scientists have found that people who have certain genes are more likely to get psoriasis.

What complicates matters is what else scientists have learned. It seems that some people who get psoriasis don’t have genes that increase their risk of getting psoriasis.

It’s also possible to have genes that increase the risk of getting psoriasis and never develop psoriasis. It’s this discovery that led scientists to believe that the person must be exposed to a trigger before psoriasis appears.

What can trigger psoriasis?

Plenty of everyday things can act as a trigger, causing psoriasis to appear for the first time. Common psoriasis triggers include:

Developed at research labs at Welling clinic, the Psoriasis treatment is safe and work to cure psoriasis permanently. The common Homeopathy medicines that work are: