Lung Cancer – What Is It? How To Detect It? And How To Treat It?

Yes, Homeopathy treatment developed at Welling Clinics, by the legendary Indian Homeopathy Doctor, Dr.Sourabh R.Welling, M.D. can help you fight cancer bette, maintaining the quality of life. The treatment can also be started along with chemotherapy or other treatment. 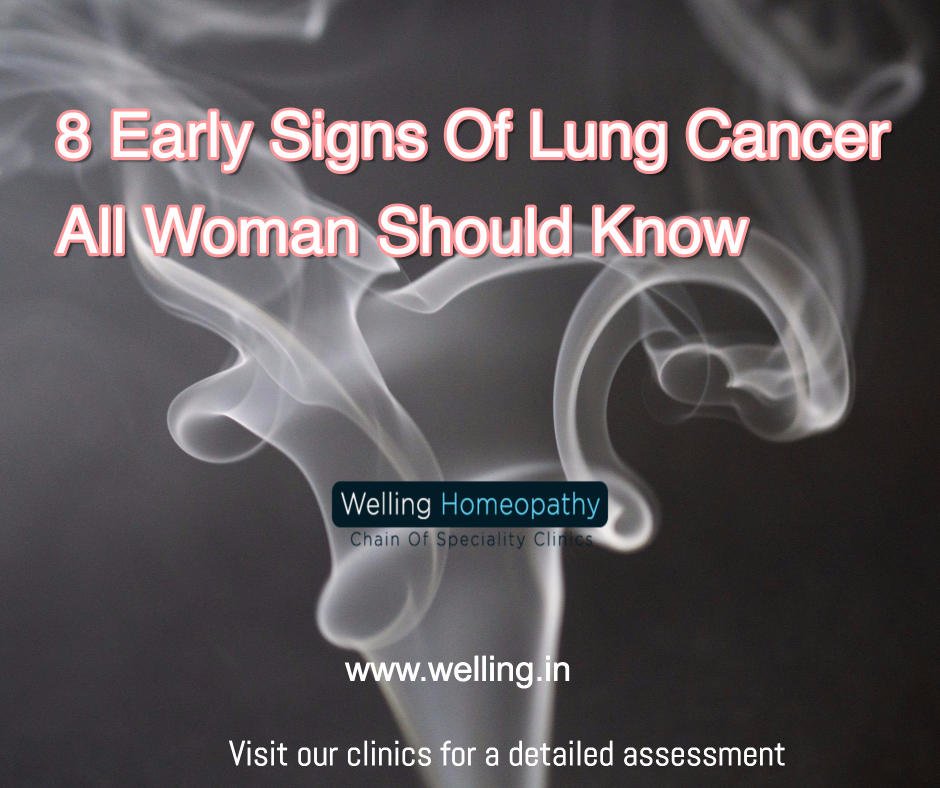 There are various symptoms that may indicate that you are at risk of developing lung cancer. The most common symptoms include persistent cough, chest pain, difficulty breathing, weight loss and fatigue.

Additionally, there are a few symptoms that are more common in SCLC, including

Lung cancer is the leading cause of cancer deaths among both men and women in the United States, according to the American Cancer Society. A lung cancer diagnosis can be devastating, especially for people who are dealing with serious health issues, such as chronic obstructive pulmonary disease (COPD), emphysema, or asthma.

Persistent cough may be due to infection, asthma, or bronchitis. Coughing is also a symptom of lung cancer, which is why you should contact your doctor if you experience persistent coughing.

Chest pain may be caused by heart problems, or it may be due to lung cancer. Your doctor will need to diagnose the cause of your chest pain.

Difficulty breathing is usually a symptom of lung cancer.

Other less common symptoms may include nausea, vomiting, back pain, and shortness of breath. Lung cancer is the leading cause of cancer death in both men and women. According to the American Cancer Society, lung cancer accounts for approximately 30% of all cancer deaths in the world.

Doctors use a variety of methods to diagnose lung cancer, including physical examination, chest x-rays, blood tests, and CT scans.

Moreover, doctors may perform a biopsy to determine the type of lung cancer and the extent of the disease.

The physical examination and chest x-ray are usually the first tests that doctors perform. This is because these tests are less invasive than the CT scan. A CT scan can also detect other problems, such as a blood clot or lung infection. A CT scan may also be used to detect the presence of cancer in other parts of the body.

How To Prevent Lung Cancer Complications?

The goal of any test is to find cancer before it’s too late. In some cases, lung cancer can be detected by a simple x-ray or a CT scan.