What is Natural Treatment of Autism Spectrum Disorder?

Autism Spectrum Disorder is a complex condition affecting brain function. Symptoms usually appear during early childhood and persist throughout life. Although it’s difficult to diagnose because many factors contribute to the behaviour, some signs point towards ASD. A diagnosis is made after observing behavioural patterns over time. According to our experience, Homeopathy treatment for Autism Spectrum Disorder can be one of the best options to manage the symptoms of ADHD.

Why Welling Homeopathy Is Best Treatment For Autism Spectrum Disorder? 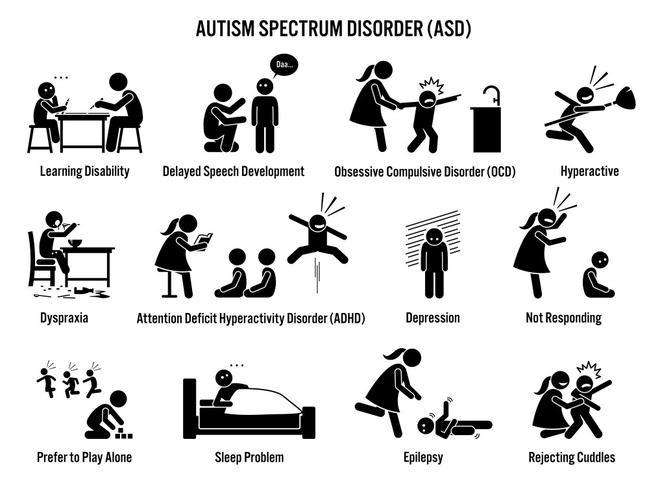 What is Autism Spectrum Disorder?

Autism spectrum disorders, including Asperger syndrome, are neuro-developmental conditions characterized by impairments in communication and social interaction, along with restricted interests and/or stereotyped behaviour patterns.

The term “autistic spectrum disorder” refers to a group of neurobiological conditions characterized by impaired social interactions and restricted patterns of interest and activity. People who are on the autistic spectrum may also show unusual responses to sensory experiences such as sound, light, touch, taste, smell, movement, temperature changes, pain, and balance problems. Symptoms usually begin before 3 years old but they do not necessarily become apparent until after 2 years old.

These individuals often display delayed language development and difficulties understanding others’ emotions. They may repeat words or phrases over and over again.

What Are The 5 Different Types of Autism

There are five main categories of Autism that can be identified based upon symptoms displayed in children under three years old. These include Autistic Disorder, Asperger Syndrome, Childhood Disintegrative Disorder, Pervasive Developmental Disorder Not Otherwise Specified and Rett’s syndrome. The first four are considered developmental disabilities while Rett’s syndrome is an inherited genetic condition.

Autistic Disorder is diagnosed when there is evidence of impairment in two areas of functioning along with repetitive behaviours and interests. This type of Autism has been around for many decades and was originally called “childhood schizophrenia.” It affects about 1 out of every 100 school-age children.

People with this form of Autism tend to focus more intently than other kids their age on one subject at a time. Their speech tends to be very slow and monotonous. Some adults with Asperger’s will use humour to make themselves understood. Others prefer to communicate through written notes or e-mail.

This diagnosis applies if your child shows signs of both Autism and ADHD. CDD is most common among boys between ages 4 and 7. Children with CDD typically experience delays in motor skills and cognitive abilities. However, these delays don’t last long enough to qualify them for another disability category.

This diagnosis covers any case where no specific pattern emerges from the information gathered during assessment. For example, it could apply to a child whose parents report some mild impairments in communication and/or social interaction without meeting all criteria for either PDD-NOS or Asperger’s. In addition, the severity of the problem must fall somewhere within the range of what would normally be expected for someone with a particular level of intellectual ability.

Children born with this rare disease develop normally up until 6 months of age. After that point, they lose muscle control and coordination. Speech becomes difficult and eventually stops altogether. Most girls with Rett’s die within 10 years of birth. Boys live longer, although they still face significant health challenges.

Can Autism Go Away? 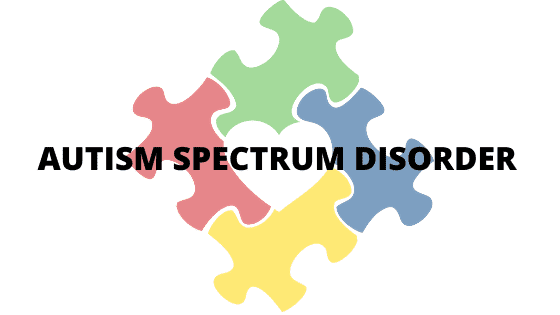 Yes! There have been cases reported where autistic traits were reduced by as much as 90% after treatment with Homeopathy medications along with behavior therapy and other therapies that our specialist advises. Meet our specialist to understand the therapy.

How do I know if my kid needs help with Autism?

If you suspect that your child might need extra support, talk to his teacher or meet our specialist at any Welling Clinic.

What Are the 3 Main Symptoms of Autism?

The three major characteristics of Autism include:

Social Deficits: People who suffer from Autism often struggle to understand others’ emotions and intentions. They may also find it hard to read facial expressions and body language. These problems can lead to difficulties interacting socially.

Repetitive Behaviors: Many people with Autism engage in unusual patterns of behavior such as hand flapping, rocking back and forth, spinning objects, lining things up, etc. Repetitiveness can become obsessive and cause severe anxiety.

Communication problems: The inability to express thoughts verbally makes it harder for children with Autism to get along with peers and teachers. This lack of verbal expression can result in difficulty understanding instructions and following directions. It can also prevent them from participating fully in school activities.

Restricted interest patterns: Some kids with Autism show an intense focus on one subject area while ignoring everything else around them. Others prefer playing alone rather than spending time with other kids their own age. Still others seem fascinated only by numbers and letters.

Toddlers usually start showing signs of Autism when they’re between 18 and 24 months old. Here is how these early warning signs look like:

A toddler who doesn’t make direct eye contact with adults tends to avoid looking at faces. He will stare instead into space or turn his head so he won’t see anyone directly. If he has trouble reading another person’s moods, he’ll probably act out more frequently.

Some young children don’t speak clearly enough to communicate what they want. Instead, they use gestures, sounds, or repetitive behaviors to let us know what they’d like. A lot of times, parents notice that their little ones aren’t talking very well right after they’ve had surgery or received vaccinations.

When a baby starts moving his hands over himself, touching parts of his skin repeatedly, he’s likely trying to calm down. But some babies with Autism stim excessively. Their movements could be rhythmic, random, fast, slow, jerky, or even violent. Stimming can happen during sleep or awake.

Some toddlers refuse to go anywhere without mommy or daddy. And many kids with Autism tend to stay home all day long. They may spend hours watching TV or listening to music. Or they may play video games nonstop.

Children with Autism have sensory sensitivities. For example, they might not enjoy being touched because it hurts too much. Other common sensations that bother them include loud noises, bright lights, strong smells, sharp textures, and certain tastes.

Many autistic youngsters wake up several times each night. Sometimes this happens just before bedtime. In the morning, they often need help getting dressed. These frequent nighttime awakenings are called “night terrors.”

Kids with Autism sometimes engage in self-injurious behaviours or aggressive acts toward people. They may throw tantrums if you try to take away something they love.

Other behavioural challenges include:

Not responding appropriately to changes in routine

What Is An Autism Screening Test?

The first step for any parent wanting to learn about whether her child has been diagnosed with Autism spectrum disorder is to get him screened. This screening test helps determine whether your son or daughter meets criteria for ASD. It also provides information about which areas of development are most affected. The results from this initial assessment can then guide further testing and treatment planning.

Screening tests are available online as well as in doctors’ offices. Some websites offer free screenings while others charge fees. Your doctor should provide recommendations based on your family history and medical records.

It is important to understand that the cause of autism is not clear. Treatment is often time-consuming and may take a few months before seeing improvement. The treatments for autism are mostly based on the symptoms.

The treatment of autism spectrum disorder is a process of trial and error. The quality of the results largely depends on good cooperation with the child and its parents who should closely monitor the progress. Therapy may be led by speech therapists, occupational therapists or special instructors.

Treatment of autistic disorder (sometimes called Kanner’s autism) is based primarily on educational methods including language training, behavior therapy, and play therapy. Usually, in autism, abnormal social development is one of the main problems seen in children which mainly include lack of communication skills, poor language skills, and inability to form normal relationships.

Communication is three times more complicated than written human language; it includes linguistic components such as intonation (intonational melody), stress pattern, and rhythm ( prosody ) which are not present in the written language. People with autism have difficulties in understanding and producing these components leading to communication problems. The treatment should focus on this block

The treatment of autistic disorder for children is centered around 2-5 main points depending on whether the child is at early, middle or late-stage development (age 2-12 years). Other ways of improving autistic symptoms include: Behavioral therapy, which uses punishment and reward systems, Social skills training which focuses more on learning about other people’s emotions, interpersonal relationships, and how to socialize effectively;

Applied behavior analysis involves using positive reinforcement techniques to teach certain behaviors and reduce unwanted ones such as self-soothing when upset or tantrums instead of talking, etc. Play therapy involves engaging the patient in play and activities which will improve communication skills, social interaction skills, and self-care.

Another popular approach is Sensory Integration Therapy (SIT) , which focuses on physical stimulation of the child such as massage of the skin, stretching muscles, and strengthen limbs to improve tactile sensitivity. One major concern is that most therapists or medical experts are not properly trained to diagnose autism or treat it effectively.

Another important treatment for the autistic disorder is melatonin hormone therapy . Melatonin hormone therapy is used in different ways depending on the severity of symptoms: -Early symptoms include difficulty sleeping, frequent night terrors, excessive crying during infancy; In this case, melatonin can be prescribed as a supplement to regulate sleep patterns at night allowing children to get a better night’s sleep. -Advanced symptoms include seizures in children, behavioral problems during the day; melatonin is prescribed as an anticonvulsant drug to stop seizure attacks.

Another important treatment for autistic disorder is melatonin hormone therapy. Melatonin hormone therapy is used in different ways depending on the severity of symptoms: Early symptoms include difficulty sleeping, frequent night terrors, excessive crying during infancy; In this case, melatonin can be prescribed as a supplement to regulate sleep patterns at night allowing children to get a better night’s sleep. Advanced symptoms include seizures in children, behavioral problems during the day; melatonin is prescribed as an anticonvulsant drug to stop seizure attacks.

ASDs affect an estimated 1%–2% of school-age children worldwide. Homeopathic remedies are used to treat symptoms associated with these developmental disabilities. Many individuals who suffer from ASDs respond favourably to homeopathic treatment from Welling Homeopathy Clinics.

A recent review article concluded that there were no adverse effects reported by patients taking homeopathic preparations.

Meet our specialist today for a detailed assessment and to know about our speciality treatment for Autism spectrum disorder.