What is Anxiety Disorders?

Anxiety Disorder is a mental illness, requiring a customised solution. At Welling Clinic, we have treated more than 3500 patients of anxiety disorder in the last one year alone. Meet our specialist for a detailed evaluation and assessment if you need a long-term solution and permanent relief without the need for harmful regular medications. Visit a Welling Clinic today for speciality treatment of anxiety disorder.

What Are Anxiety Disorders? 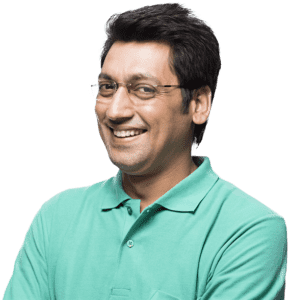 Anxiety is a normal reaction to stress and can be beneficial in some situations. It can alert us to dangers and help us prepare and pay attention. Anxiety disorders differ from normal feelings of nervousness or anxiousness, and involve excessive fear or anxiety. Anxiety disorders are the most common of mental disorders and affect nearly 30 percent of adults at some point in their lives. . But anxiety disorders are treatable and a number of effective treatments are available. Treatment helps most people lead normal productive lives.Anxiety refers to anticipation of a future concern and is more associated with muscle tension and avoidance behavior.

Fear is an emotional response to an immediate threat and is more associated with a fight or flight reaction – either staying to fight or leaving to escape danger.

Anxiety disorders can cause people into try to avoid situations that trigger or worsen their symptoms. Job performance, school work and personal relationships can be affected.

In general, for a person to be diagnosed with an anxiety disorder, the fear or anxiety must:

How Common Are Anxiety Disorders?

In any given year the estimated percent of U.S. adults with various anxiety disorders are:

Women are more likely than men to experience anxiety disorders.

The causes of anxiety disorders are complicated. Many might occur at once, some may lead to others, and some might not lead to an anxiety disorder unless another is present.

Here are most common symptoms of an anxiety disorder.

Restlessness is another common symptom of anxiety, especially in children and teens.

When someone is experiencing restlessness, they often describe it as feeling “on edge” or having an “uncomfortable urge to move.”

While restlessness does not occur in all people with anxiety, it is one of the red flags doctors frequently look for when making a diagnosis.

If you experience restlessness on the majority of days for more than six months, it may be a sign of an anxiety disorder

Waking up in the middle of the night and having trouble falling asleep are the two most commonly reported problems.

Some research suggests that having insomnia during childhood may even be linked to developing anxiety later in life .

A study following nearly 1,000 children over 20 years found that having insomnia in childhood was linked to a 60% increased risk of developing an anxiety disorder by age 26.

Many people with anxiety report having difficulty concentrating.

One study including 157 children and teens with generalized anxiety disorder found that more than two-thirds had difficulty concentrating .

Another study in 175 adults with the same disorder found that almost 90% reported having difficulty concentrating. The worse their anxiety was, the more trouble they had .

Some studies show that anxiety can interrupt working memory, a type of memory responsible for holding short-term information. This may help explain the dramatic decrease in performance people often experience during periods of high anxiety .

However, difficulty concentrating can also be a symptom of other medical conditions, such as an attention deficit disorder or depression, so it is not enough evidence to diagnose an anxiety disorder.

One of the most common symptoms of an anxiety disorder is excessive worrying.

The worrying associated with anxiety disorders is disproportionate to the events that trigger it and typically occurs in response to normal, everyday situations .

To be considered a sign of generalized anxiety disorder, the worrying must occur on most days for at least six months and be difficult to control.

The worrying must also be severe and intrusive, making it difficult to concentrate and accomplish daily tasks.

People under the age of 65 are at the highest risk of generalized anxiety disorder, especially those who are single, have a lower socioeconomic status and have many life stressors.

According to one recent study including over 6,000 adults, more than 90% of those with generalized anxiety disorder reported feeling highly irritable during periods when their anxiety disorder was at its worst.

Compared to self-reported worriers, young and middle-aged adults with generalized anxiety disorder reported more than twice as much irritability in their day-to-day lives.

Given that anxiety is associated with high arousal and excessive worrying, it is not surprising that irritability is a common symptom.

You may be exhibiting signs of social anxiety disorder if you find yourself:

Social anxiety disorder is very common, affecting roughly 12% of American adults at some point in their lives.

People with social anxiety may appear extremely shy and quiet in groups or when meeting new people. While they may not appear distressed on the outside, inside they feel extreme fear and anxiety.

This aloofness can sometimes make people with social anxiety appear snobby or standoffish, but the disorder is associated with low self-esteem, high self-criticism and depression.

Panic attacks produce an intense, overwhelming sensation of fear that can be debilitating.

Panic attacks can happen in isolation, but if they occur frequently and unexpectedly, they may be a sign of panic disorder.

An estimated 22% of American adults will experience a panic attack at some point in their lives, but only about 3% experience them frequently enough to meet the criteria for panic disorder.