Welling Homeopathy Treatment offers specially formulated Homeopathic medicines for the treatment of Anti Sperm Antibodies, helping men like you to father a child at the earliest. Our treatment can also help as a stand-alone treatment for natural conception or as a pre-ivf treatment to improve the sperm count, motility and morphology.

What is Antisperm Antibodies? 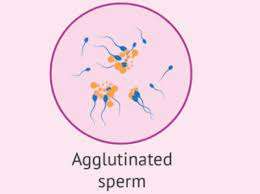 Antisperm Antibodies Test:  The role of anti sperm antibodies in causing male infertility is controversial, since no one is sure how common or how serious this problem is. However, some men (or their wives) will possess antibodies against the, which immobilize or kill them and prevent them from swimming up towards the egg. The presence of these antibodies can be tested in the blood of both partners, in the cervical mucus, and in the seminal fluid. However, there is little correlation between circulating antibodies (in the blood) and sperm-bound antibodies (in the semen).

The presence of AB should be suspected in men have a history of Vasovasostomy and vasectomy reversal or other testicular surgery or injuries and when sever Asthenospermia or spontaneous sperm agglutination is observed during routine Semen Examination. Poor sperm penetration  in PCT post coital test with normal cervical mucus cross penetration test will help to find out presence of antibodies in he sperm or cervical mucus.

Immune factor covers 10 to 15 % of male infertility as a causative factor, these include the patients in which all seminal parameters are normal but the PCT Post Coital test are poor and there is defective sperm motility also semen shows high level of sperm agglutination. In a couple with Unexplained Infertility as well as when the man having history of vasectomy reversal must be testing of AB Antisperm Antibodies.

Antisperm Antibody AB test : Its very important to find out that weather actual antibodies are present on the sperm itself (over tail, over head ) rather than circulating in blood.

How Do Antisperm Antibodies Affect Fertility?

Testing for Antisperm Antibodies
There are a variety of tests that can detect the presence of antisperm antibodies in the body:

Conventionally there are a variety of treatments available to help couples struggling with antisperm antibodies to conceive including Corticosteroids, Intrauterine Insemination(IUI,& In-Vitro Fertilization(IVF). At Welling Homeopathy, we follow a highly advanced infertility treatment protocol, free of steroids & hormones to offer a natural treatment to Antisperm Antibodies.