Call +91 8080 850950 to book an appointment with our specialist or order online instantly from the link above.

How To Increase Sperm Count Fast With Homeopathy Medicines?

First step is to talk to our specialist to understand how our Homeopathy medicine formula can increase your sperm count fast. You should then start Welling Homeopathy treatment, because we are

Call +91 8080 850950 to book an appointment with our specialist or order online instantly from the link above.

Consult our specialists today for a detailed evaluation and to start your customised Homeopathy medicines for the treatment of low sperm count.

In the latest statement of semen quality (2010), the WHO now considers a sperm count of 15 million sperm/ml and lower as low sperm count.

What is a Low Sperm Count? 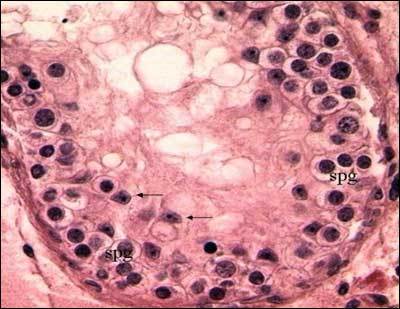 Having a low sperm suggests that it may be difficult to conceive naturally. It does not necessarily mean that it will be harder to conceive. Remember, it takes two to conceive and the health of the female partner matters significantly for conception. In addition, no exact correlation exists between the severity of oligospermia (Table 1) and conception rates. In summary, the most important points about the sperm count and fertility are:

In addition, 2% of men with low counts and 15-20% of men with no sperm counts will harbor chromosomal abnormalities detected by cytogenetic analysis (karyotype). These include conditions such as Klinefelter syndrome (47, XXY) and exchanges of genetic material in non-sex chromosomes and are detected by blood tests. It is also important to remember that sperm counts are a relatively sensitive measure of overall health.

The consistent use of hot tubs or baths, recreational drugs such as alcohol, cocaine, marijuana or tobacco, and fevers from flu’s or other infections can all lower sperm counts in otherwise healthy men. Chronic stress from sleep disorders, travelling, or from work or emotional issues can also lower sperm counts. Generally, their effects are reversible upon recovery.

The main sign of low sperm count is the inability to conceive a child. Often, there are no other obvious signs or symptoms. In some cases, however, an underlying problem such as an inherited hormonal imbalance or a condition that blocks the passage of sperm may cause signs and symptoms. Low sperm count symptoms may include:

Sperm production is complex and requires normal functioning of the testicles (testes) as well as the hypothalamus and pituitary glands — organs in your brain that produce hormones that trigger sperm production. Once sperm are produced in the testicles, delicate tubes transport them until they mix with semen and are ejaculated out of the penis. Problems with any of these systems can affect sperm production. In addition, a number of issues can cause abnormal sperm shape (morphology) or movement (motility). Often the cause of low sperm count isn’t ever identified.

Medical causes
Low sperm count can be caused by a number of health issues and medical treatments. Some of these include:

Overexposure to certain environmental elements such as heat, toxins and chemicals can reduce sperm production or sperm function. Specific causes include:

Low sperm counts can also mean that a patient is at higher risk of developing both testicular cancer (2.8x higher) and prostate cancer (2.6x higher) later in life. In this sense, then, a low sperm count can be a natural biomarker of future health in men.

For these reasons, all infertile men with a low sperm count should be evaluated with a thorough history and physical examination by a specialist. This assessment should also include a measure of the pituitary-gonadal hormones testosterone, FSH and prolactin. After this, it is not uncommon to prescribe lifestyle changes, offer medical therapy to correct and improve sperm counts and augment natural fertility.

How To Increase Low Sperm Count ?

Oligospermia is diagnosed if sperm is with a low concentration of sperm and is a common finding in male infertility. The treatment for low sperm count depends on the cause, which can be either genetic or environmental. Genetic causes include Y chromosome microdeletions, Klinefelter syndrome, cystic fibrosis, spinal cord injury, testicular torsion, varicocele, cryptorchidism, congenital adrenal hyperplasia, hypogonadotropic hypogonadism, androgen insensitivity syndrome, and idiopathic oligozoospermic men.

Environmental factors that may lead to decreased spermatogenesis are smoking, alcohol consumption, obesity, exposure to pesticides, radiation, chemotherapy, and certain medications such as anti-androgens, glucocorticoids, anticonvulsants, and chemotherapeutic agents.

You can visit Welling Clinic for a complete detailed evaluation of the sperm count and the causation. Welling Clinic offers custom-made natural Homeopathic medicines for the treatment of Oligospermia – low sperm count.

Call +91 8080 850 950 to book an appointment or consult & order online. Consult our specialists today for a detailed evaluation and to start your customised Homeopathy treatment of low sperm count.