Why Homeopathy Is The Best Treatment For Azoospermia?

Azoospermia is the medical term used when there are no sperm in your ejaculate. It can be either obstructive, where a blockage prevents it from entering; or non-obstructive due to decreased production by testis (in most cases).

What Is The Best Treatment For Azoospermia?

The best treatment to cure azoospermia is proven Homeopathy treatment from Welling Clinics. The treatment has helped over 2500 men from 108 countries to natural father a child.

Fortunately, we also have online consultations for men who cannot visit us personally at our clinics in Mumbai. More than 5000 men have benefitted from our advice and we cannot wait to help you father a child at the earliest.

Call +91 8080 850 950 to book an appointment or to consult and order online. Consult our specialists today for a detailed evaluation and to start your customized Homeopathy medicines for Azoospermia. 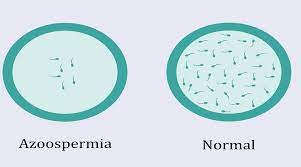 Does having azoospermia mean that the testis makes no sperm?

Not always. While the testis can be making sperm, it might not produce enough for you to see in your ejaculate.

Can I Still Get My Partner Pregnant If I Have a Zero Sperm Count?

Yes, you can. When you’re diagnosed with azoospermia, the first step is to see your fertility specialist. They’ll help you understand why this happened and what treatment options may work best for getting all-clear again in time! A male fertility specialist will advise you on the cause of your azoospermia and what treatment options are available to help you conceive.

It is important NOT to give up until you are certain that a fully trained male fertility specialist feels that NO sperm is present. Even when no sperm is found in the ejaculate, about 50% of the time there is sperm in the testicles that can be retrieved and used for IVF. At Welling Clinic, we have helped men to increase their sperm count naturally, even in zero sperm count.

Are there different types of azoospermia?

There are two main types of azoospermia:

Obstructive azoospermia: This type of azoospermia means that there is a blockage or missing connection in the epididymis, vas deferens, or elsewhere along your reproductive tract. You might be producing sperm but it’s getting blocked from the exit so there is no measurable amount of semen.

Nonobstructive azoospermia: This type of azoospermia means you have poor or no sperm production due to defects in the structure or function of the testicles or other causes.

In the past, almost all men with azoospermia underwent a biopsy to distinguish obstructive from non-obstructive causes and to try to get an even more specific diagnosis. However, in modern practice, a biopsy is rarely performed alone. In most cases, we can predict with high accuracy whether or not a man has an obstructive cause of azoospermia.

Since we have started performing testicular dissections to search for sperm, we have learned that different areas of the testis might show different patterns of nonobstructive azoospermia. For example, one area might show decreased production of mature sperm (hypo spermatogenesis or maturation arrest), while another area might show the complete absence of sperm precursor cells (Sertoli-cell-only syndrome).

Thus, in the modern era, doing a diagnostic biopsy does not often change the ultimate management for men with nonobstructive azoospermia. For those men, we offer microdissection testicular sperm extraction (microTESE), which gives the best chance of finding sperm that can be used for assisted reproductive techniques (ART).

Sometimes, at the time of the micro test, we will send a tiny specimen for pathological evaluation to rule out a precursor to malignancy called intratubular germ cell neoplasia (ITGCN).

How is azoospermia diagnosed?

Azoospermia is a condition in which there is no sperm. It can be diagnosed when two separate occasions show that your sample has none.It’s examined under high-powered microscopes following centrifugal spins to get rid of any excess fluid or cells from the reproductive system as much as possible before testing for this problem with an analysis tool such as: microscope slide samples stained according to microscopic standards set by own laboratory’s techniques; thin layer chromatography systems used widely across the industry today employing standard reference materials provided free annually through collaborating manufacturers’ Basic Science Support Program

As part of the diagnosis, your specialist will take your medical history, including asking you about the following:

Azoospermia itself a lack of sperm in the semen doesn’t have any specific symptoms.

Couples trying to conceive will experience infertility if the male partner has a zero sperm count. A couple is said to be dealing with infertility if they don’t get pregnant after one year of unprotected intercourse. Infertility is frequently the only sign that something is wrong.

With that said, some causes of azoospermia can lead to noticeable signs and symptoms.

Signs or symptoms that may indicate you’re at risk for azoospermia include:

It is possible to have none of these symptoms, however, and still have azoospermia.

Vasectomy Reversal: Most men who’ve had a vasectomy in the past can still conceive by having a vasectomy reversal (vasovasostomy or vasoepididymostomy).

Microsurgical Testicular Sperm Extraction (microTESE ): TESE is a procedure in which testicular tissue with sperm is extracted either with a small incision or a needle. The sperm that is removed can be used for in vitro fertilization (IVF).

Transurethral Resection of the Ejaculatory Ducts (TURED): Men who have ejaculatory duct obstruction can have a TURED, a small surgical procedure performed with a camera to remove this blockage and help sperm flow to the natural channels.

Circumcision: Men who have a narrow foreskin (phimosis) that prevents the ejaculate from coming out of the penis can have circumcision to remove the foreskin.

Surgical Correction for Scarring: Some men have scarring from sexually transmitted infections (STIs) that can cause sperm to get blocked inside the ducts. We can often treat scarring endoscopically. Your doctor will insert a scope through your urethra in the operating room while you are under general anaesthesia and use an electrified loop to open up the blockage.

Regardless of what’s causing your non-obstructive azoospermia, we approach treatment the same way. We start with a semen analysis and male endocrine profile (blood work). Then we use one or more of the following treatments:

Drugs/Medications: If you have low bioavailable testosterone,* we usually start you on clomiphene citrate or Clomid. You remain on this drug for four months, and we repeat another semen analysis.

During microTESE procedures, doctors can find sperm approximately 50–65 percent of the time.

Why Welling Homeopathy Treatment for Azoospermia?

Call +91 8080 850 950 to book an appointment or to consult and order online.  Meet our specialist to know and discuss personally, Why Welling Homoeopathy treatment for azoospermia can be the best option for you to father a child naturally?