Why You Need A Homeopathic Psychiatrist?

We recommend you visit a Homeopathic Psychiatrist at Welling Homeopathy Clinics, as the specially formulated Homeopathy medicines are natural, works faster and helps you get well completely.

Why You Need A Homeopathic Psychiatrist? 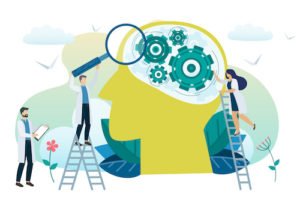 Popular advocate of natural medicines Mr.Mercola says ” Depression is one of the most common clinical problems in medicine. It is not just feeling blue. If you think you or someone you love might have depression please read my depression diagnosis page for information on how to know if you have it.
Psychotropic drugs are a major cash cow for the drug industry. These drugs fuel a $330-billion psychiatric industry, without a single cure — and now kill an estimated 36,000 people every year, with the death toll still rising.
Worldwide, 100 million people are taking psychotropic drugs. These powerful medications interfere with the delicate and complex workings of your brain and personality.
They have a great potential to cause a number of serious side effects ranging from somnolence and fatigue to violent behavior, hormone disruption and even suicide.
Yet, their use is growing at an alarming rate. Recent surveys show 73 percent more adults and 50 percent more children are using prescription drugs to treat mental illness now than were doing so in 1996.
Among adults over 65, use of psychotropic drugs — which include antidepressants and antipsychotics — doubled between 1996 and 2006.
Meanwhile, as U.S. medical journalist Robert Whitaker pointed out in the BBC News article, there is an incredible crisis for psychiatry right now, and many are losing faith in the system. ( Source: https://www.omeonet.info/articles/psychiatric.htm)

If you or your child is suffering from an emotional or mental challenge, please seek help, but do so from someone who does not regard psychotropic drugs as a first line of defense. Unfortunately, this now means you may need to find someone outside of the conventional psychiatric medical community.