How To Cure IBS Permanently?

Call +91 8080 850 950 to book an appointment or to consult and order online. Consult our specialists today for a detailed evaluation and to start your customised Homeopathy medicines for IBS.

What is Irritable Bowel Syndrome – IBS? 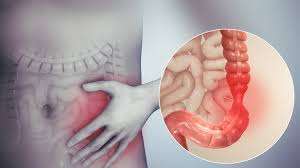 IBS – Irritable Bowel Syndrome is a common functional disorder of the gut. A functional disorder means there is a problem with the function of a part of the body, but there is no abnormality in the structure. So, in IBS, the function of the gut is upset, but all parts of the gut look normal, even when looked at under a microscope. Irritable bowel syndrome commonly causes cramping, abdominal pain, bloating, gas, diarrhoea and constipation.

The symptoms vary between individuals and affect some people more severely than others. They tend to come and go in periods lasting a few days to a few months at a time, often during times of stress or after eating certain foods.

Even though signs and symptoms are uncomfortable, IBS — unlike ulcerative colitis and Crohn’s disease, which are forms of inflammatory bowel disease — doesn’t cause changes in bowel tissue or increase your risk of colorectal cancer.

The exact cause of irritable bowel syndrome (IBS) is unknown. It is believed to be due to a number of factors including alteration in the gastrointestinal (GI) tract motility, abnormal nervous system signals, increased sensitivity to pain, and food intolerances. The following are some risk factors believed to cause IBS:

The signs and symptoms of irritable bowel syndrome can vary widely from person to person and often resemble those of other diseases like IBD. Among the most common are:

For most people, IBS is a chronic condition, although there will likely be times when the signs and symptoms are worse and times when they improve or even disappear completely.

Some people have occasional mild symptoms. Others have unpleasant symptoms for long periods. Many people fall somewhere in between, with flare-ups of symptoms from time to time.

A diagnosis of irritable bowel syndrome depends largely on a complete medical history and physical exam, your symptoms and their severity are only part of the picture. Other causes need to be ruled out. Is it really IBS or possibly another condition?

To be diagnosed with IBS, the duration of symptoms should be at least six months, and should occur at least three times a month.

A doctor may order tests, including blood tests, stool tests, X-rays, or CT scans. There is no specific finding on these tests that can confirm the diagnosis of IBS, however, other problems can be ruled out by performing them.

Because it’s not clear what causes irritable bowel syndrome, treatment focuses on the relief of symptoms so that you can live as normally as possible.

learning to manage stress and making changes in your diet and lifestyle gives good relief of symptoms.

Try to avoid foods that trigger your symptoms. Also try to get enough exercise, drink plenty of fluids and get enough sleep.

Following are some of the dietary and medicinal treatments:

Antibiotics. Some people whose symptoms are due to an overgrowth of bacteria in their intestines may benefit from antibiotic treatment.

As IBS – Irritable Bowel Syndrome is a functional disorder with no pathology only alteration in the function of the gut, homeopathic medicines help to restore the altered function of the intestine and restore its motility and also functionality.

Homeopathy medicines help in effectively controlling the symptoms such as irregular bowel movements, constipation, diarrhea, abdominal discomfort, etc. Regular treatment helps in reducing the frequency of attacks gradually so that the person’s overall health is restored back to normalcy.

As far as the duration and results of the treatment are concerned, these vary from case to case and are dependent on a number of factors such as the severity of the condition, its duration, other parameters like family history, general health of the patient, treatment taken so far, stress levels etc.

The benefits of Homeopathy also go a step further since the treatment also helps in preventing recurrence of the condition as time progresses.

What Is The Best Treatment For Irritable Bowel Syndrome?

Call +91 8080 850 950 to book an appointment or to consult and order online. Meet our specialists today for a detailed evaluation, discuss all your health problems and start your customized Homeopathy treatment for IBS