If you are looking to cure Lyme Disease, then Homeopathy medicines can be your best option for complete recovery.

Treatment of Lyme Disease with our specially formulated Homeopathy treatment for Lyme disease can help you get faster relief from the symptoms and gradually lead to a complete cure. At Welling Homeopathy Clinics, we have been treating Lyme disease for over 18 years seeing patients at our clinics in India or consulting online before shipping their customised homeopathy medicines after the pre-treatment analysis.

Can Lyme Disease Be Treated With Homeopathy Medicine?

Call +91 8080 850 950 to book an appointment or to consult and order online. Consult our specialists today for a detailed evaluation and to start your customised Homeopathy medicines for Lyme Disease. 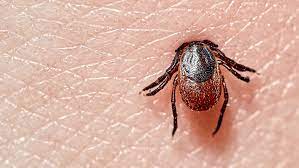 The disease can be debilitating if not diagnosed early on. The first sign of a Lyme disease infection is usually a bullseye-shaped skin rash. Early signs and symptoms may include fever, headache, fatigue, depression, and a characteristic skin rash called erythema migrans. The rash occurs in approximately 75% of infected people. Approximately 20 to 30% of people develop joint pains or neurological problems.

If Lyme disease is diagnosed early, the treatment is simple and straightforward-antibiotics for 2 to 4 weeks. However, if left untreated, the infection can spread to the joints, heart, and nervous system. Treatment of late-stage Lyme disease requires 6 or more months of intravenous antibiotics in hospital settings. Lyme disease has been reported from all 50 states in the U.S., as well as around the world, predominantly in Europe and Asia. In recent years, Lyme disease has been found in Canada, China, Korea, Australia, Austria, Belgium, Denmark (Faroe Islands), France (Corsica), Norway (Mainland), Poland (Mainland), Spain (Mainland) and the United Kingdom (Mainland).

What is Lyme Disease?

Lyme disease is an infection caused by a spirochete bacterium transmitted to humans through infected ticks of two species of wild deer called the white-tailed deer and the western black-legged deer. The disease can be debilitating if not diagnosed early on

The white-tailed deer that are in North America have been experimentally infected in laboratories in New York State in 1903, Pennsylvania in 1983, and Wisconsin in 2008. The Lyme disease bacteria have also been found within Europe so it is difficult to say where it originated.

Lyme disease is caused by the bacterium Borrelia burgdorferi, which is transmitted to humans through infected ticks. The infection can be transmitted by other ticks as well, but researchers found that the deer tick and its relatives were the primary carriers of this disease. The bacteria lodge in skin tissue and causes a localized infection. If it spreads, it will cause more serious problems and symptoms such as arthritis. In many cases, the bacteria remain in skin tissue with no symptoms until the later stages of Lyme disease.

As the infection progresses, other symptoms such as joint pain, muscle weakness, numbness and tingling, vision problems and difficulty sleeping might begin. These symptoms last from several weeks to months. Some patients develop chronic Lyme disease, which means they continue to suffer for years without treatment. Chronic Lyme disease affects about 10 per cent of those who get the illness. It’s possible to recover completely from Lyme disease, although some people never fully heal.

Some patients experience no early signs or symptoms of Lyme disease. Others don’t notice any rashes until they start developing later signs and symptoms. In rare cases, some people who contract Lyme disease never show any sign of having had the disease.

If you’ve been bitten by a tick and have symptoms

To prevent progression to later stages of Lyme disease, antibiotics must be taken promptly when you first notice any sign or symptom of the disease.

How to Spot and Remove ticks

If you find a tick attached to your body, carefully pull it out using tweezers. Don’t squeeze too hard because this could hurt the animal. If there’s any doubt about whether the tick has been removed completely, leave it where it was until someone else removes it.

You should check yourself regularly for ticks while walking through woodland, especially at dusk and dawn. You’ll need to keep looking down so you don’t miss any ticks.

Even though the majority of patients diagnosed with Lyme disease are treated successfully with antibiotics, some patients continue to have symptoms that last for several months or even years after treatment has stopped. These symptoms are often called “chronic Lyme disease” or “post-treatment Lyme disease syndrome” and can include not just aches and pains but also problems with the brain, joints, muscles, nervous system, heart, or other organs.

PTLDS is different from chronic Lyme disease, a term no longer supported by the scientific community and used in different ways by different groups.

A vaccine against Lyme disease would likely need to contain multiple antigens to provide broad protection. There have been several attempts to produce such a vaccine, but none have yet reached clinical trials.

Despite considerable circumstantial evidence that chronic Lyme disease actually exists, research so far has found no good evidence that it is caused by persistent infection.

For patients with symptoms that last more than 6 months after treatment for Lyme disease, doctors often have no tests to offer a definitive diagnosis of the cause of their problems, though they may consider common causes such as an autoimmune disorder.

How is Lyme Disease Diagnosed?

Lyme Disease can be diagnosed by testing for IgM and IgG antibodies produced by the immune system. It is also diagnosed by examining the erythema migrans rash that has developed on the skin of the infected person.

Who Gets Lyme’s Disease?

Lyme disease is caused by a bacterium that can be transmitted to humans through tick bites. The ticks are usually found in wooded areas with high grasses, especially in the Northern hemisphere. People develop Lyme disease after being bitten by an infected black-legged or white-tailed deer tick.

There is no allopathic treatment that will cure Lyme disease. All treatments currently available for Lyme disease are designed to manage the symptoms and reduce inflammation. Antibiotics such as doxycycline and amoxicillin may be prescribed by a doctor.

Additional treatments include pain medications such as acetaminophen or ibuprofen; fever reducers; seizure medication; antidepressants; and other supportive care which might include physical therapy.

Treatment duration varies depending on the severity of the symptoms and how quickly they respond to medications.

These Homeopathy medicines for Lyme’s disease are chosen after your detailed assessment by our specialist. Speak to our specialist today to start your treatment.

What Is The Best Antibiotic For Lyme Disease?

The best anitbiotic for Lyme disease is Doxycycline. Doxycycline was the first to be found, and it works on both ticks and Lymecycline in ring form. Doxycycline combined with amoxicillin has proved to provide an even better results. The only downside of doxycyclines is that people under age 35 have higher chances of developing acne. And while others are being studied, so far there has not been a “magic bullet” against the bacterial family of Borrelia burgdorferi, which causes Lyme disease after an incubation period ranging from 3 days to months before any associated symptoms are experienced . It can take anywhere from 2-6 weeks for antibiotics or other treatments to kill all of the bacteria.

Doxycycline is an antibiotic used to treat infections such as Lyme disease and other tick-borne diseases, acne , rosacea, chlamydia , and others.

Can Lyme disease Completely be Cured?

Yes, Lyme disease can be cured completely with our CUREplus Homeopathy treatment.

Unfortunately, Lyme disease is not completely curable in conventional allopathic treatment. If you choose allopathic doctor,  it can be treated and symptoms reduced and in some cases eliminated with early diagnosis and prompt treatment.

What Are Alternative Treatments For Lyme Disease?

Alternative treatments for Lyme disease include a variety of medicines. Some of the more common types used are Homeopathy and herbal medicines. The main goal of these treatments is to stop the spread of the bacteria from other parts of the body to the brain, heart, and other organs.

Lyme disease can be an incredibly debilitating disease if it’s not treated early on. In many cases, people do not get treatment at all and end up suffering from chronic problems throughout their lives.

People can take precautions to minimize their risk of becoming infected with Lyme Disease. Methods to reduce risks are avoidance of tick-infested areas, wearing appropriate clothing, using repellents, and promptly removing ticks from the body. Ticks live in grassy, brush-filled areas, or mostly on animals. But while both white-tailed deer and the western black-legged deer act as hosts for ticks, only the white-tailed deer is considered a “deer” in that it can carry Lyme Disease. The wild animal with the greatest risk of carrying Lyme disease is the white-haired deer mouse.

What foods should be avoided with Lyme disease?

There are a lot of foods that should be avoided if you have Lyme disease. Any food that can’t be cooked or eaten raw should be avoided because it could make the symptoms worse and might not be properly cooked. One example is sushi.

Ingredients like raw seafood, unpasteurized dairy and raw eggs increase the risk for getting sick with Lyme disease, so those foods should also be avoided.

How Do You Treat Lyme Disease Naturally?

Call +91 8080 850 950 to book an appointment or to consult and order online. Consult our specialists today for a detailed evaluation and to start your customised Homeopathy treatment of Lyme Disease.