Can Homeopathy Help In Natural Treatment of Muscular Dystrophy?

Call +91 8080 850 950 to book an appointment or to consult and order online. Consult our specialists today for a detailed evaluation and to start your customised Homeopathy medicines for Muscular dystrophy.

What is Muscular Dystrophy?

Muscular dystrophy is a general term for a number of hereditary, progressive degenerative disorders affecting skeletal muscles, and often another organ. 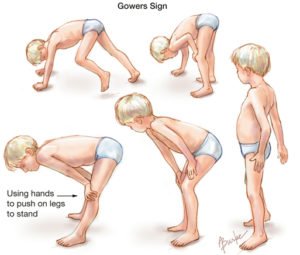 It is a group of genetic diseases characterized by progressive weakness and degeneration of the skeletal or voluntary muscles which control movement. The muscles of the heart and some other involuntary muscles are also affected in some forms of muscular dystrophy, and a few forms involve other organs as well.

Muscular dystrophies are characterized by progressive skeletal muscle weakness, defects in muscle proteins, and the death of muscle cells and tissue.

Who can get Muscular Dystrophy?

Duchenne muscular dystrophy is an inherited disorder that involves muscle weakness, which quickly gets worse.

It is the most common form of muscular dystrophy in children, the muscles decrease in size and grow weaker over time yet may appear larger.

The main symptom of Duchenne muscular dystrophy, a progressive neuromuscular disorder, is muscle weakness associated with muscle wasting with the voluntary muscles being first affected, especially affecting the muscles of the hips, pelvic area, thighs, shoulders, and calf muscles.

Symptoms usually appear before age 6 and may appear as early as infancy. They may include:

Becker muscular dystrophy is an inherited disorder that involves slowly worsening muscle weakness of the legs and pelvis.

It is an X Linked recessive inherited disorder

It has a higher risk in positive family history

It is more common in boys between the ages 5-15yrs

Other symptoms may include:

Life span is shortened due to cardiac & breathing difficulties

The most common form of muscular dystrophy in adults.

Myotonic muscular dystrophy affects both men and women, and it usually appears any time from early childhood to adulthood. In rare cases, it appears in newborns (congenital MMD).

The name refers to a symptom, myotonia — prolonged spasm or stiffening of muscles after use. This symptom is usually worse in cold temperatures.

The weakness of muscles in the hands and feet

In most cases, daily living isn’t restricted for many years. Those with myotonic MD have a decreased life expectancy.

Limb-girdle muscular dystrophies are inherited disorders, which first affect the muscles around the shoulder girdle and hips. These diseases get worse, and may eventually involve other muscles

Limb-girdle muscular dystrophy (LGMD) isn’t really one disease. It’s a group of disorders affecting voluntary muscles, mainly those around the hips and shoulders.

In its most common form, Limb-girdle muscular dystrophy causes progressive weakness that begins in the hips and moves to the shoulders, arms, and legs. Within 20 years, walking becomes difficult or impossible. Sufferers typically live to middle age to late adulthood.

Facioscapulohumeral muscular dystrophy (FSHD) is a genetic muscle disorder in which the muscles of the face, shoulder blades and upper arms are among the most affected. This form of muscular dystrophy appears in the teens to early adulthood and affects males and females.

Facioscapulohumeral muscular dystrophy is muscle weakness and loss of muscle tissue that gets worse over time.

Facioscapulohumeral refers to the muscles that move the face, shoulder blade, and upper arm bone, however, can also affect muscles around pelvis, hips & lower legs

Disability is often minor. Lifespan is usually not affected.

The two forms that have been identified — Fukuyama and congenital muscular dystrophy with myosin deficiency which cause muscle weakness at birth or in the first few months of life, along with severe and early contractures (shortening or shrinking of muscles that causes joint problems). Fukuyama congenital muscular dystrophy causes abnormalities in the brain and often seizures.

Oculopharyngeal muscular dystrophy (OPMD) is a rare genetic muscle disorder with onset during adulthood most often between 40 and 60 years of age. OPMD is characterized by slowly progressive muscle disease (myopathy) affecting the muscles of the upper eyelids and the throat.

DD is a class of muscular dystrophies that primarily affect distal muscles, which are those of the lower arms, hands, lower legs and feet.

It is generally less severe, progresses more slowly, and affects fewer muscles than other forms of muscular dystrophy.

This group of rare diseases affects adult men and women.

This rare form of muscular dystrophy appears from childhood to early teens and affects only males.

Call +91 8080 850 950 to book an appointment or to consult and order online. Consult our specialists today for a detailed evaluation and to start your customised Homeopathy treatment of Muscular dystrophy.