Things You Don't Know About PCOS

PCOS occurs when a woman has a lot of resting follicles (fluid collections that hold eggs), but doesn’t actually ovulate.

Get PCOS treated at Welling Clinics, with our speciality homeopathy treatment for PCOS for complete recovery.

Polycystic ovary syndrome is very common. According to the U.S. Department of Health and Human Services, it affects one in 10 women of childbearing age. Although there are certain PCOS symptoms, the diagnosis isn’t simple. “There is no specific blood test or symptom that clearly diagnoses it—it’s a collection of signs and symptoms and every woman is different,” Dr. Shahine says. “Providers can differ in their definition, and some expert groups have made alterations in the diagnostic criteria, but most providers use the Rotterdam criteria from a 2003 meeting of experts.” These criteria include two out of three symptoms: irregular menstrual cycles from irregular ovulation, excess androgen activity, and polycystic ovaries. Androgens are male hormones, so women with the syndrome have “either physical signs of extra androgens, like acne or extra hair growth, or lab values like high testosterone,” Dr. Shahine says. Especially if a woman isn’t trying to get pregnant, “It’s not on people’s radar—patients or providers,” Dr. Shahine says. You might see a dermatologist for acne, but not think to talk to your gynecologist about it; or you might think your extra hair is just because you’re Italian (here are other reasons you’re hairier than you want to be). According to a recent study, over a third of women reported going more than two years and seeing three or more health professionals before being diagnosed. “This is why increasing awareness is so important,” Dr. Shahine says. Could you have a hormone imbalance?

Doctors don’t know what causes it

According to the American College of Gynecologists and Obstetricians (ACOG), the cause of polycystic ovary syndrome is not known, but it may be related to many different factors working together. In addition to an irregular menstrual cycle and increased levels of androgens that interfere with ovulation, another factor may be insulin resistance. Up to 80 percent of women with the syndrome are obese, and insulin resistance (a problem with how food is converted to energy) is also common in people with obesity. Insulin resistance may increase androgens; but, it’s still unclear exactly how all the factors are connected. “There is a lot we still need to learn about PCOS,” Dr. Shahine says. Find out the silent signs you could have insulin resistance.

You can be thin and still have it 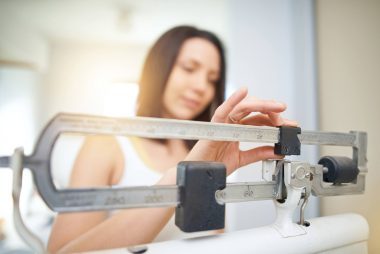 You might already know that polycystic ovary syndrome is more common in women who are overweight or obese—but that doesn’t mean thin women can’t have it too. “Some women are thin with no insulin resistance or acne but they have irregular menses, which is sometimes the only symptom.” Because of this, it’s very unclear how exactly women develop the syndrome. There is a familial link—according to the U.S. Department of Health and Human Services, you are more likely to have it if your mother, sister, or aunt did. “We know it runs in families but we have not found a specific genetic mutation yet,” Dr. Shahine says. New research from Northwestern University is looking at DNA, and has gotten closer to identifying genes associated with polycystic ovary syndrome—but they haven’t yet been found. “We still do not really know why some people get it and some people do not,” she says.

The pill can mask symptoms 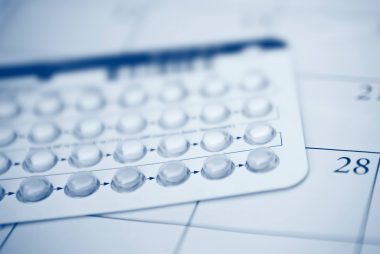 Another factor that can make diagnosing polycystic ovary syndrome so difficult is that many women who aren’t trying to get pregnant are on birth control pills. “The most common warning sign is irregular menstrual cycles, so if someone is taking birth control pills—which regulate the menstrual cycle—then that warning sign can be masked,” Dr. Shahine says. So, a woman could have the syndrome throughout her 20s, but not find out until she goes off the pill in her 30s to try to get pregnant. This just puts off the diagnosing process—which means not only will it take her longer to get pregnant, but she may be at risk for other associated health issues. However, the pill is actually also the PCOS treatment for symptoms in women who are not actively trying to get pregnant. What else should you know before you go off the birth control pill?

It is linked to heart disease 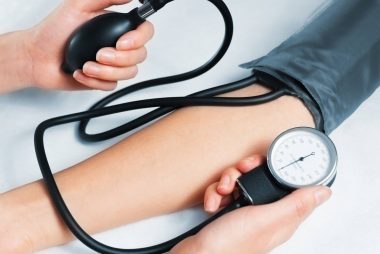 iStock/Remains One of the most dangerous health problems associated with polycystic ovary syndrome is cardiovascular disease, including high blood pressure and high cholesterol. A recent study from Europe found that women with the condition were two to five times more likely to develop metabolic syndrome than those without. Although this doesn’t mean that polycystic ovary syndrome causes the increased risk, it is a concerning correlation. “Indirectly, women with PCOS often have trouble controlling their weight, which is a part of the syndrome,” says Brent J. Gray, MD, and OBGYN at PIH Health. “It is the excess weight that contributes to heart attack, high blood pressure, and high cholesterol. There are no direct connections.” Although it’s not the hormone problems themselves that cause the problem—in the study both women with and without excess androgens exhibited an increased risk—weight is definitely a factor. Here’s how to have your most heart-healthy day.

It is a risk factor for diabetes

Along with heart disease, another part of metabolic syndrome is a risk of diabetes, so it’s not a surprise that polycystic ovary syndrome is linked with that condition as well. According to research, more than half of women with the condition will have diabetes or pre-diabetes (glucose intolerance) before 40 years old. “One of the common symptoms is insulin resistance, which contributes to pre-diabetes,” Dr. Gray says. “Does this mean early diagnosis is important? Yes, women with polycystic ovary syndrome should see a doctor annually. They get screened for diabetes more often than most people.” This is especially true for women who are overweight—but some studies have shown that even women with of normal weight may be at increased risk of glucose intolerance. Read more things you never knew about diabetes.

Many women also have sleep apnea

iStock/yokaew Another condition shown in studies to have an indirect association with polycystic ovary syndrome is sleep apnea, which is a problem breathing at night. Again, this has to do with a high BMI. “The excess weight can be the cause of sleep apnea,” Dr. Gray says. According to the National Sleep Foundation, people who are overweight are more likely to have compromised respiratory function. Plus, if you’re not sleeping well you get tired during the day, which sets up a vicious cycle of not exercising, then gaining more weight, then sleeping even worse. One treatment women can use for sleep apnea is a CPAP (continuous positive airway pressure) machine, which uses a mask to help you breathe better. Find out about other remedies for sleep apnea without CPAP.

Women with PCOS are at risk for anxiety and depression

There’s a link between PCOS and cancer

That’s a lot of bad news, isn’t it? But the good news is that there are measures you can take to reduce your risk of these complications. “We know that some people can see symptoms get better with lifestyle changes,” Dr. Shahine says. Some research has shown that simply losing weight may help get hormones back on track and resume menstrual cycles. Although you might think menopause would be the solution to many symptoms, that’s not necessarily the case—hair growth and other issues relating to androgens may continue, and the risk of complications like heart disease and diabetes only gets greater with age. For women of reproductive age, the pill can help regulate hormones and decrease the risk of cancer from endometrial hyperplasia, and other medications can also help regulate insulin. But the best course of action is to maintain a healthy weight, don’t smoke, exercise, eat well, and get a good night’s sleep.

It doesn’t mean you can’t get pregnant

Women often find out they have polycystic ovary syndrome when they’re trying to conceive—but the diagnosis doesn’t mean they can’t get pregnant, says Dr. Gray. In fact, this condition is usually one of the more simple for fertility doctors to treat because of medications that can control hormones and make the body ovulate. Although medications to regulate insulin is traditionally a first-line approach for treating infertility from polycystic ovary syndrome, Dr. Shahine says a better bet may be to skip ahead to the fertility drugs. “A relatively recent study showed that women who want to conceive do best with ovulation induction medication like Clomiphene (Clomid) or Letrozole (Femara) at the start instead of wasting time trying to see if Metformin [an insulin medication] regulates the cycles alone,” she says. Every couple should know these silent signs of infertility.